A MUSIC AND MEDIA PERFORMANCE | 30 MIN.

Based on the accounts of people who’ve experienced anxiety and panic attacks, with additional texts by Seneca and Cicero.

Responsibilities, expectations, deadlines, bottlenecks, screens… We’ve become used to anxiety. We’ve come to expect it as an inevitable part of contemporary life. However, ancient Greek and Roman philosophers were aware of it and wrote about it. The concept later disappeared from medical dictionaries for several centuries, hiding under different names, but Freud brought it back into usage in the second half of the nineteenth century. Nonetheless, as psychiatrist Finn Skårderud writes in his book Turmoil – a journey into the contemporary self, “Steam engines existed in Freud’s era, and he borrowed his models from these machines – energy and pressure. We live in an era of information technology, and we borrow contemporary metaphors interactively and intersubjectively from computer networks.”

These are precisely the metaphors that the creators of This Order Goes Wrong have borrowed. In this performance, anxiety is not simply a theme: it is the basis for experiments with music and digital technologies. How do involuntary body movements (or tics) – which often accompany panic and anxiety attacks – affect an instrument as well as the live performance of a musical composition? What happens to the sound of an instrument when a performer experiences anxiety on stage and allows the feeling to grow and take over the body? To allow the audience to observe these experiments, the performance uses a synthesis live and electronic music, visual art, and sensors attached to the body of violinist Lora Kmieliauskaitė. The precise interaction of the various elements in this live performance is measurable in milliseconds.

Underlying this attempt at experimentation are the experiences of the creators, some of whom have experienced anxiety disorders, who wish to unveil this state sensorially and energetically, transposing it from the level of subjective experience to a communal performative act for all. This Order Goes Wrong is a meditation on anxiety which demonstrates that what one person suffers individually is also interhuman and universal. Perhaps even controllable and conquerable.

“In this work, the interplay of various media lead to structured chaos, which gradually moves away from the starting point and renders the initial order unrecognizable.”

“The visual expression of anxiety resists two elements: the phenomenon of the image stream (flux d’images) as well as the sight of a panic attack by others. These two ideas formally converge – based on the principle of the praxinoscope – when several non-chronological frames are viewed at the same time. The gaze of a person experiencing anxiety jumps from one random object to another, hopelessly trying to find a logic or sense of what links them together… Time becomes indeterminate, from the viewpoint of both tempo and direction.”

“The texts that are heard and seen in this work are fragments of testimonies and revelations by people who have experienced anxiety and written about it. Some are contemporary, others from long ago. Some consist only of verbs, pronouns and prepositions: they don’t necessarily lead anywhere or have an endpoint, just like our thoughts when experiencing acute anxiety…” 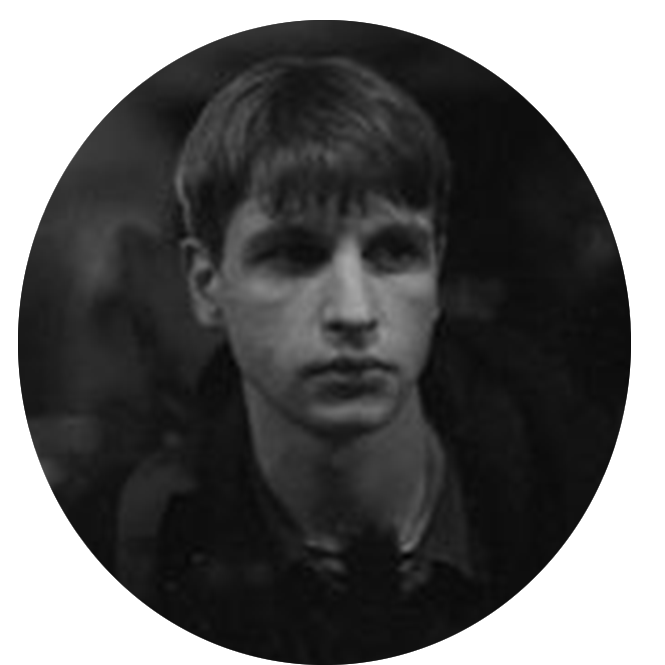 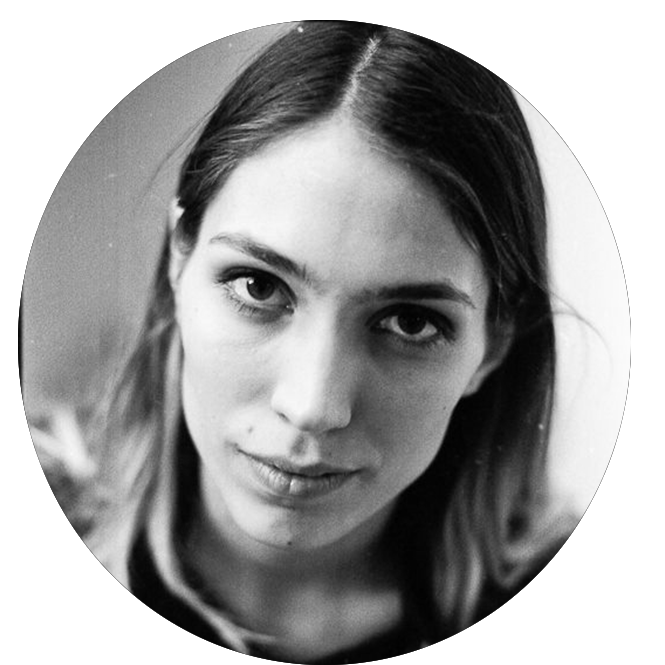 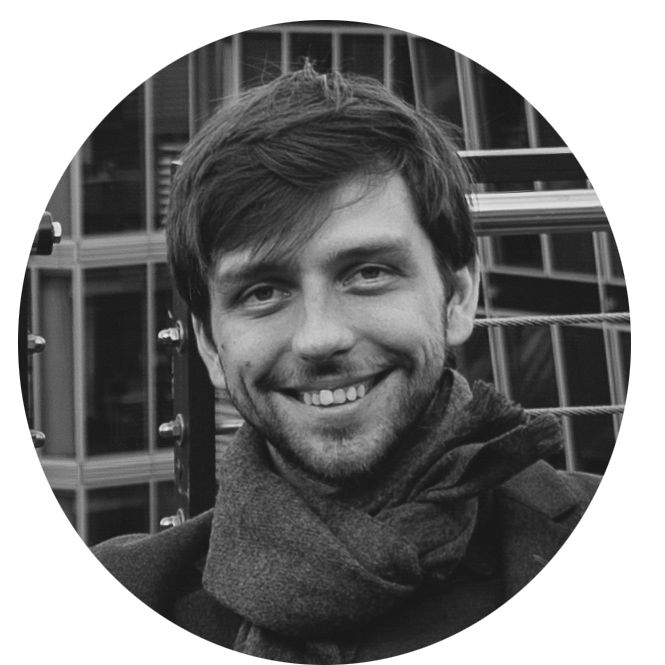 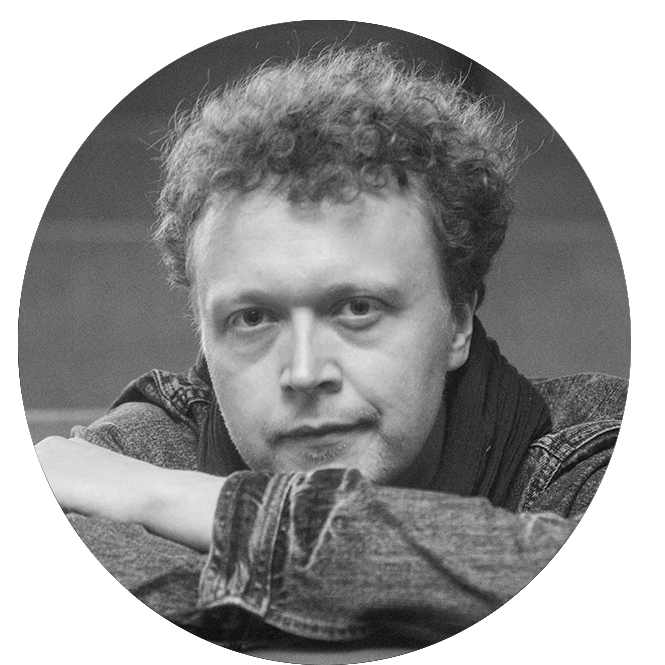 Dominykas Digimas (b. 1993) is a composer of the youngest generation, a curator of festivals and various events, an active participant of diverse projects.

Digimas graduated from the Lithuanian Music and Theatre Academy in 2016 where he studied with Rytis Mažulis. His compositions have been performed in Lithuania and overseas by such ensembles as Ensemble Garage (Köln), NAMES (Salzburg), and numerous Lithuanian performers, including LENsemble / Lithuanian Ensemble Network, ContemporACCO, Synaesthesis, Thirty Fingers Trio, and St. Christopher Chamber Orchestra. The composer is an active figure in contemporary and electronic music scene, participating in such festivals and projects as aXes – The New Music Triduum (Cracow), Druskomanija (Vilnius, Druskininkai), Ahead (Vilnius), Crossroads (Salzburg), and International Accordion Festival (Vilnius). He has been advancing his skills at numerous creative workshops, including Connections in Vilnius (drawing on experiences of the composers John Woolrich and Philip Cashian), N+ECA in Riga, Composers+ Summer Academy in Raudondvaris, and others.

Through her performance projects, she tells emotional stories that resonate her personal experiences and feelings. Lora’s creative work influences embrace many different genres, including classical and contemporary music. She’s eager to spread the sounds of contemporary Lithuanian music by giving voice/sound to creative ideas of talented contemporary composers. Among the many highlights of Lora’s performative career, the one closest to her heart is a contemporary ensemble “Twenty Fingers Duo”, in which Lora and her brother, the cellist Arnas Kmieliauskas share their musical similarities and differences. Their debut album “Performa” was released at the end of 2020.

Born in Vilnius (Lithuania) in 1992, Kristijonas is an audiovisual artist, filmmaker and photographer. In his work he combines music and sonic art with the visual expression in narrative and non-narrative films, photography and audiovisual installations.

While studying Film and Music BA at Brunel University, he worked on interdisciplinary art projects and festivals with students and lecturers from the School of Arts (Jennifer Walshe, Christopher Fox, Colin Riley, Bob Gilmore).

Music plays a major role in his storytelling. It is particularly present in his collaborations with a Lithuanian composer Dominykas Digimas. Psychogeographic approach to street videography, exploring the city as a character was the basis of imagery for “From Another Point of View” or “This Order Goes Wrong”. Their recent work “Why Does This Appear” explores the question of the subjectivity in memories, as well as the docu-fiction storytelling in a silent music film form.

Rimantas Ribaciauskas is a writer and producer working in theatre, digital media, and at the intersections of these fields.

He holds a MA in Audiovisual Art from Lithuanian Academy of Music and MSc in Interactive Digital Media from Trinity College Dublin. For several years, he worked in the Lithuanian National Drama Theatre, where, in collaboration with other artists, he authored the scripts for the documentary performances Green Meadow, Dreamland, and Marius Repšys on Stage, while also initiating and coordinating the digital theatre archive teatroteka.lt. Since 2020, he has been working as a freelance artist, creating performances and interactive installations.